Did you know that you can use po in Xcode while debugging to change variables and call methods? Well, you can, and it is pretty handy.

As seen in the picture below, now the tap gesture worked as it should.

Sure, you still need to write the code itself - but it is a nice way of trying some things out on the fly. 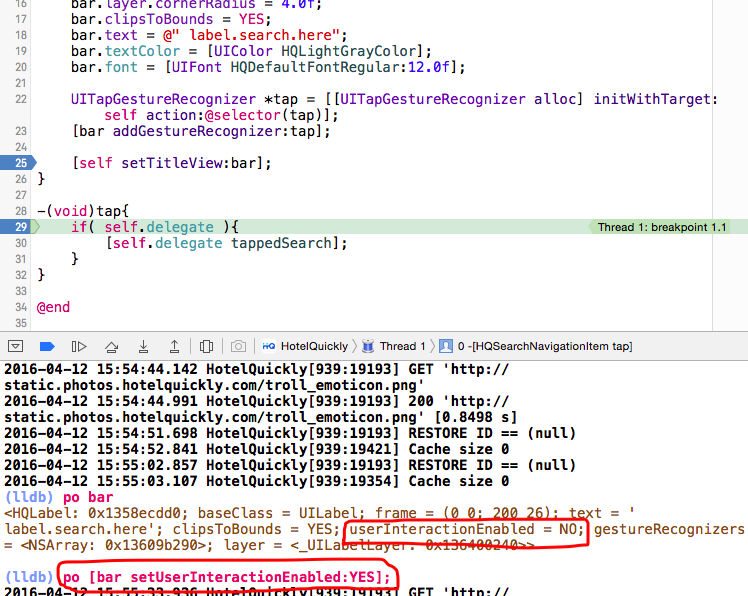